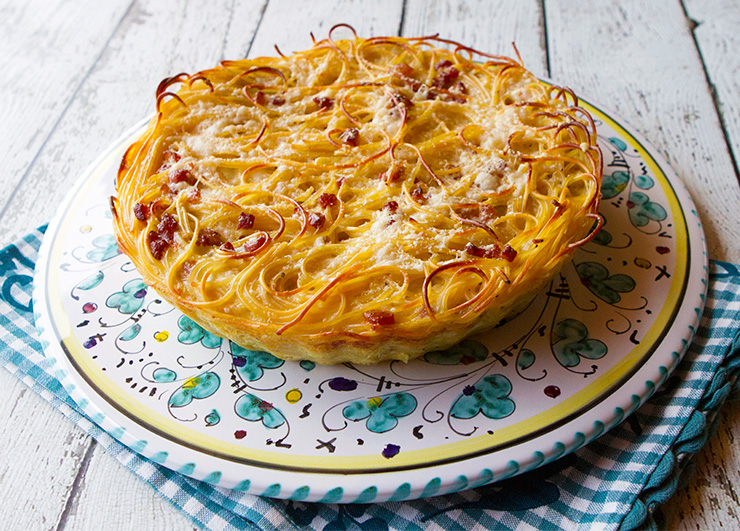 This is a fun recipe that kids of all ages enjoy. Best of all, it can be eaten for any meal of the day as it contains eggs, bacon, cheese, and spaghetti! Although spaghetti pies are a great way to use up leftover pasta, since this one requires an entire pound of spaghetti, unless you tend to cook on a grand scale, it is doubtful that you’ll have an entire pound of pasta leftover from any meal. I used a tall sided casserole dish that I oiled well to make my pie, but a 9-inch springform pan will work just as well. Do wrap the pan tightly in aluminum foil before you pour in the ingredients, or you could end up with a spill. You could serve some marinara alongside your pie if you prefer, but I enjoy this dish served on its own so you can taste the carbonara flavors best. You could even throw in a cup of peas into this recipe if you like! 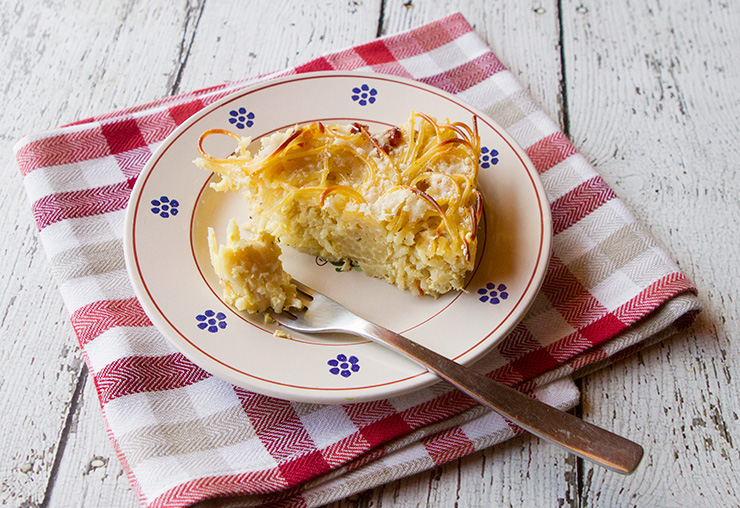 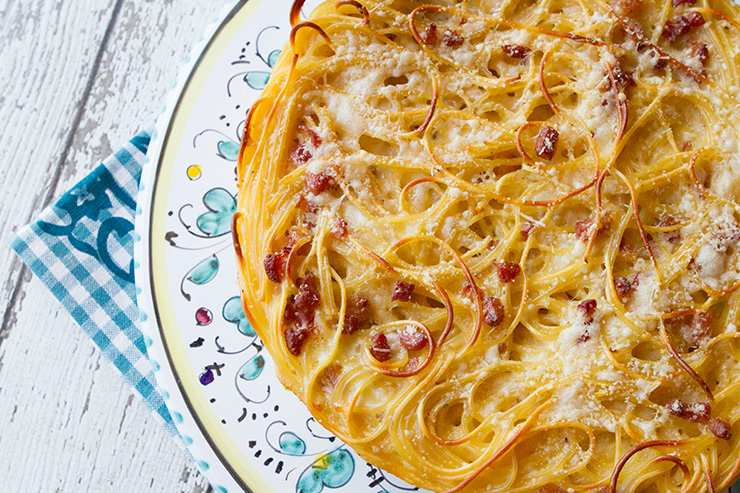 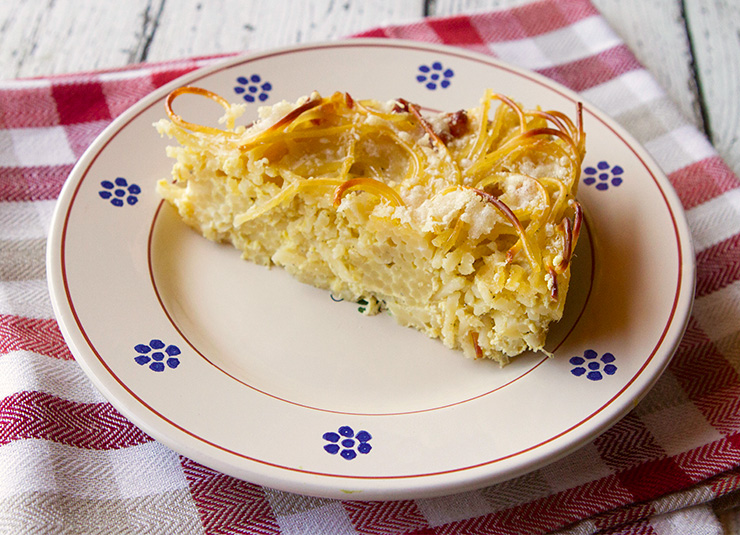 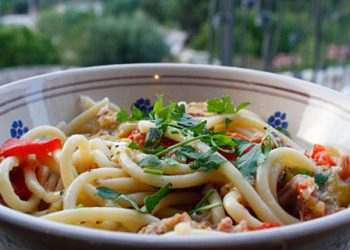 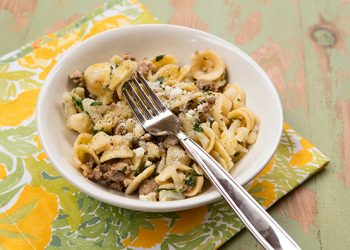 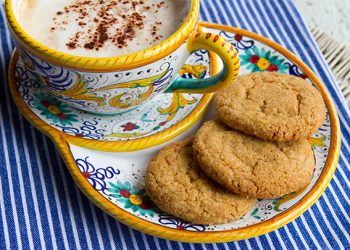