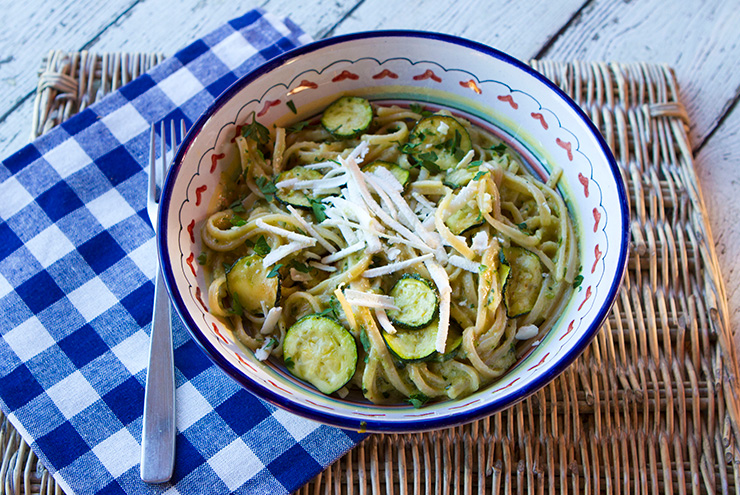 I recently posted about our zucchini adventure this summer, and finally, after having no zucchini for the past several months, they are now coming in fast and furious. I am enjoying cooking with zucchini from the garden as I am pleased I do not have to buy them anymore. I just hope that when the temperatures heat up again next week as they are calling for that my zucchini plants continue to be prolific.

Today they are calling for the temperature to reach eighty-five degrees which may seem warm to some, but after experiencing weeks of temperatures over a hundred degrees, I am finding these temperatures quite lovely. I forgot what it was like to cook and not sweat while doing so. It was in fact so cool yesterday evening that we could have worn a sweater. It certainly makes sleeping in a farmhouse without air conditioning much easier! 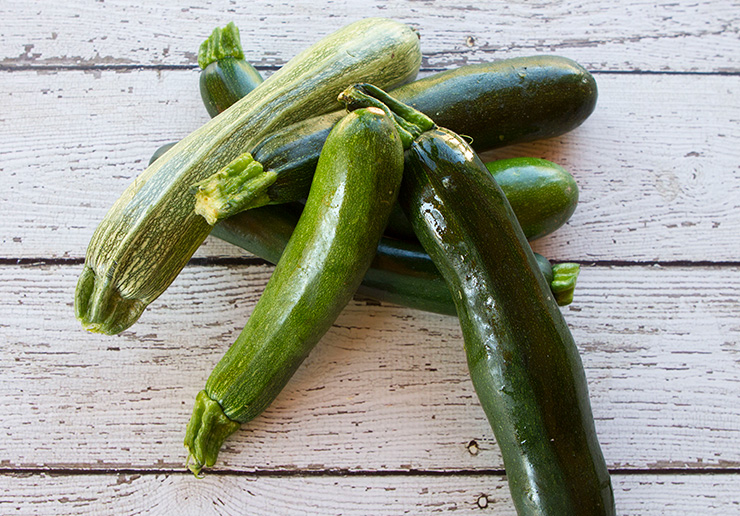 Getting back to my zucchini dilemma…..When we first planted our zucchini, we were getting lots and lots of zucchini flowers, but the actually vegetable just wouldn’t grow. They started, turned yellow and shriveled up. I went online to research the problem, and we tried less water, more water, added extra vitamins, calcium, you name it, we tried it. We finally gave up and planted four new plants in another area of the garden and now not only are the new plants producing, but the old ones that couldn’t grow zucchini have kicked in as well. I have a feeling we will have had our fill of zucchini by the time we leave Umbria in October!

Yesterday I picked five nice sized zucchini, and after roasting some, I decided to use the rest to make a pasta dish. I have tried making pesto out of many different ingredients, and after coming across a recipe for zucchini pesto, I wanted to give it a try. I based my recipe off of a recipe by Katie Parla’s recipe that I found on Food & Wine online. I didn’t have blanched almonds, so I used unsalted pistachios instead. I also added some fresh parsley and basil to add a little herbal flavor to the pesto. I was a little concerned that the sauce might be a bit too bland for my husband, so I added a bit more chili pepper, but the combination of the cheese and chili helped bring the sauce to life. I used the dried linguini whole wheat pasta from Benedetto Cavalieri, but you could use any variety of dried pasta you prefer, both short and long varieties. I used ricotta salata cheese which adds a nice salty bite to the pasta dish, but if you cannot find it, just use a little more grated pecorino cheese if you want when serving the pasta. My husband really enjoyed this pasta dish, so I know it is a keeper because he is very particular about his pasta. 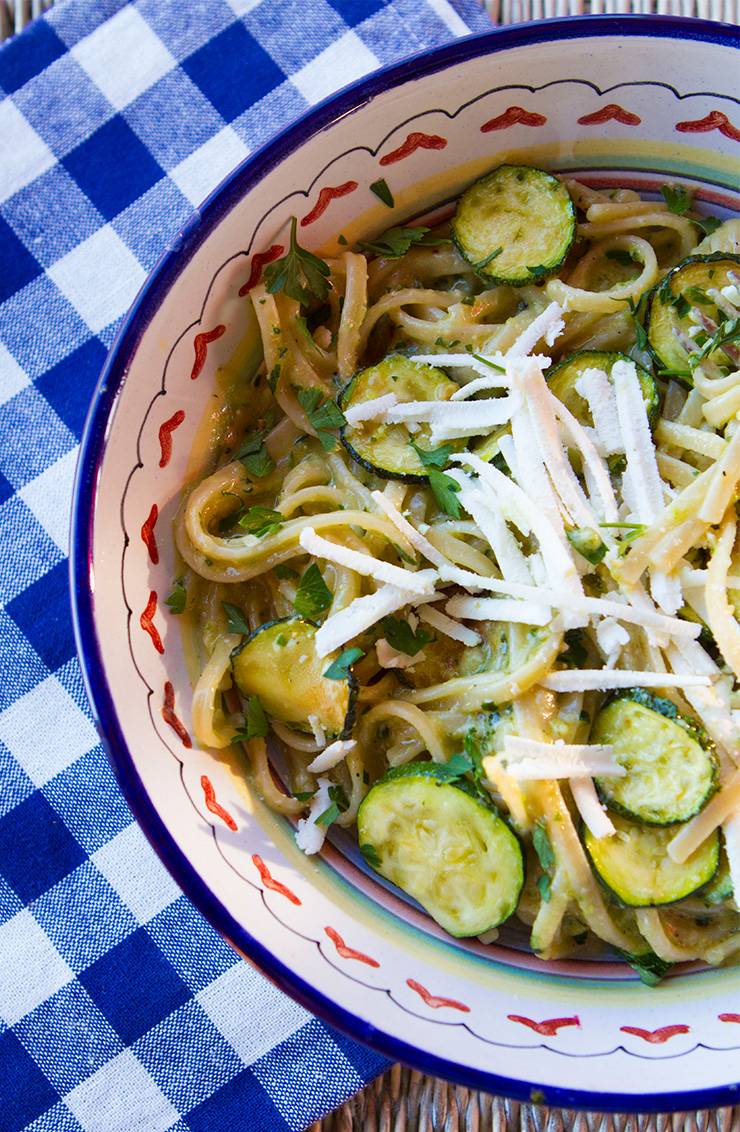 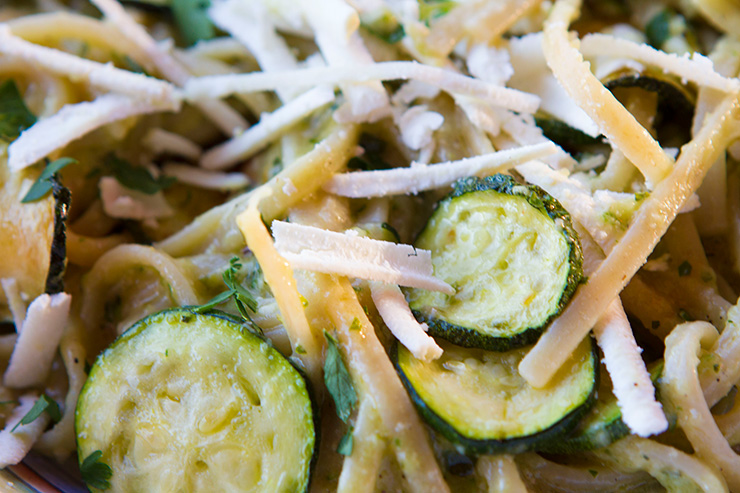 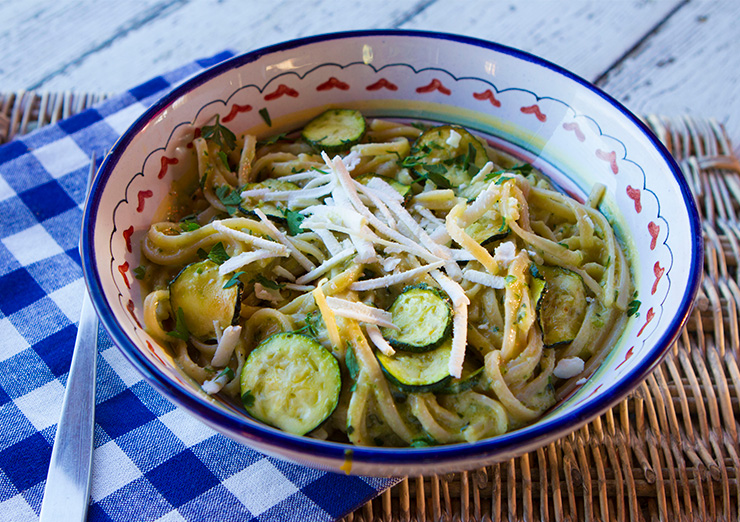 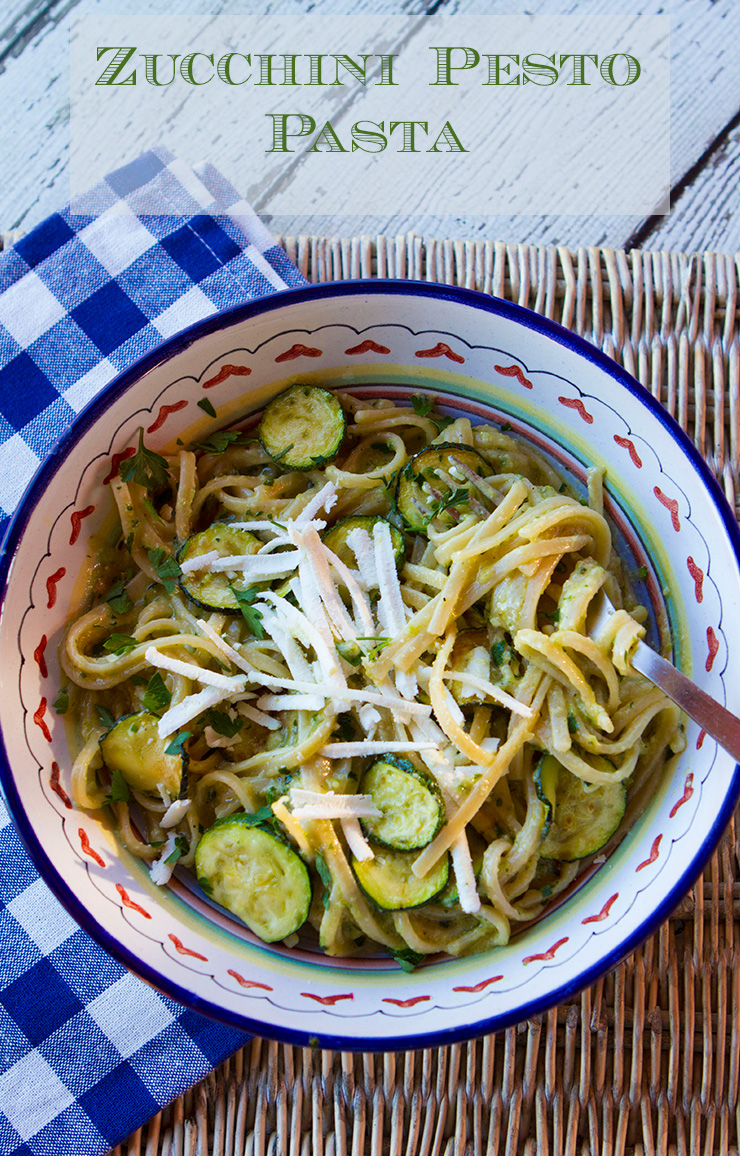 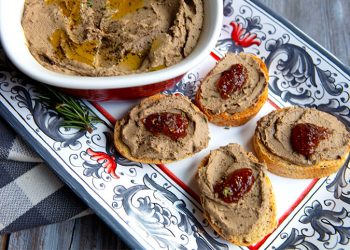 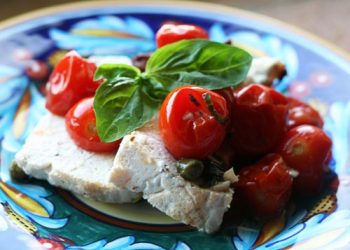 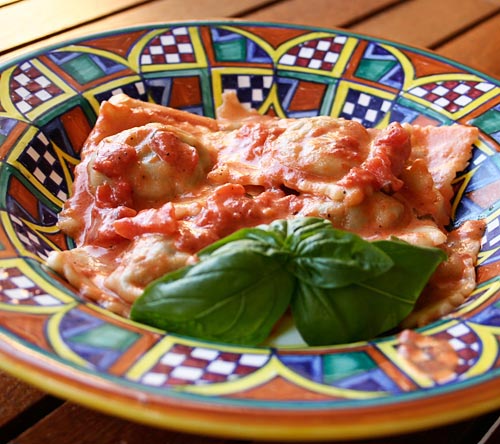