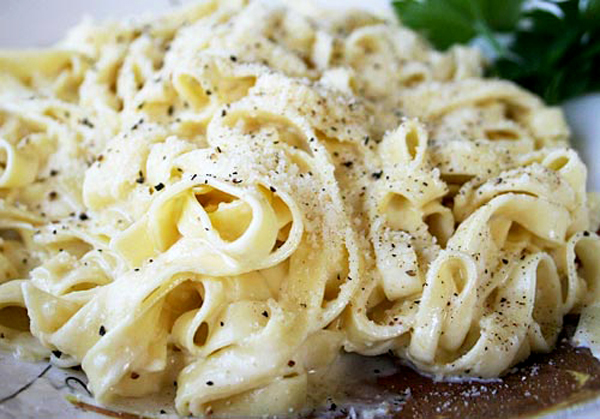 Rich and creamy, this pasta dish is delicious for a special celebration. Although there are many variations, this recipe turns out perfectly every time! You can serve this pasta as shown, or top with sliced chicken or grilled shrimp. Although this pasta is rich, a small portion goes a long way and is a special treat for holidays or celebrations.

There are always many debates as to whether Alfredo sauce is actually Italian, or simply a creation originating in North America. The sauce, commonly served with fettuccine, was actually named for restaurant in Rome, where it is said the owner created the rich dish to build up his wife’s strength after childbirth. There are many stories as to how this dish became so popular this side of the ocean, but I must say that I have never seen this dish offered on a restaurant menu in Italy, while almost every restaurant in North America claiming to be Italian seems to offer it. This rich sauce can be heavenly when properly prepared and served over pasta that has been cooked al dente, but unfortunately, the sauce is often too thick and gooey, and served over mushy pasta.

It is said that the original dish consisted simply of butter and freshly grated parmesan cheese. Although I wouldn’t recommend serving this calorie laden dish often, as a special treat once in a while, it is delicious! 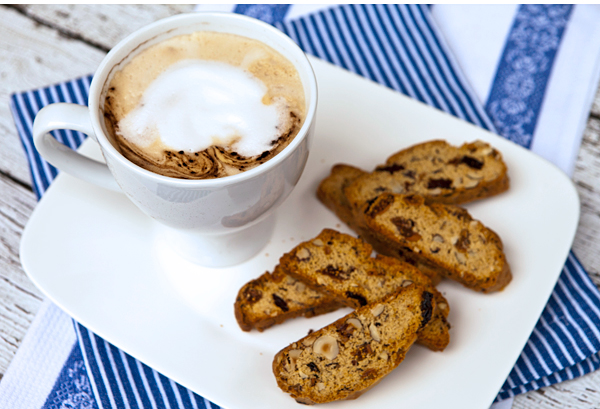 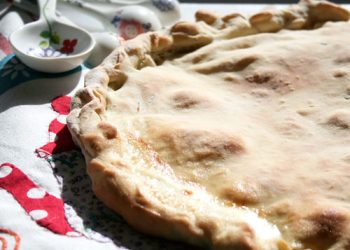 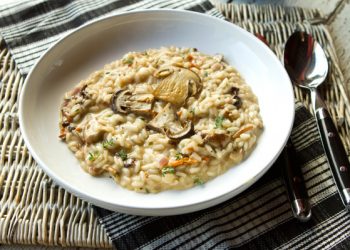