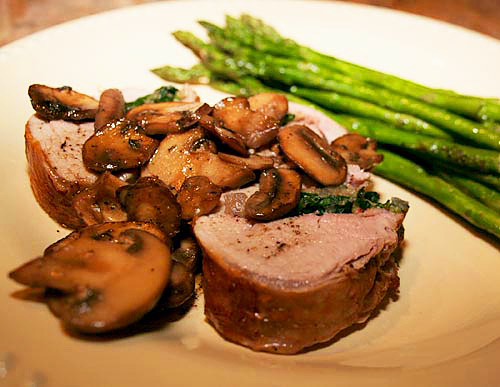 Pork tenderloin is a great cut of meat that lends itself well, to being stuffed as I did in this recipe, or the tenderloin can be cut into medallions. This cut of meat is moist and tender on it’s own, not requiring any additional steps to marinade or brine it. In this recipe I used two loins with stuffing in between, which once tied together and baked makes a nice sized roast to slice. Once cooked, I served the pork with a simple mushroom sauce that can be prepared in a few minutes while the pork is cooking in the oven. 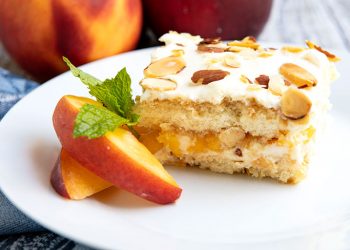 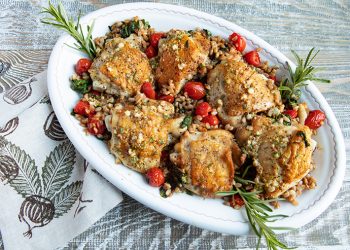 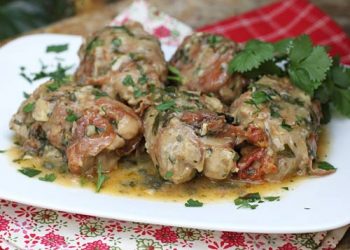 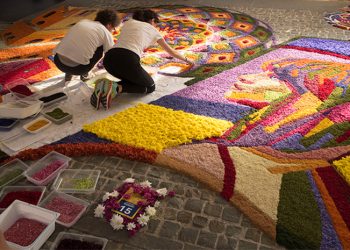