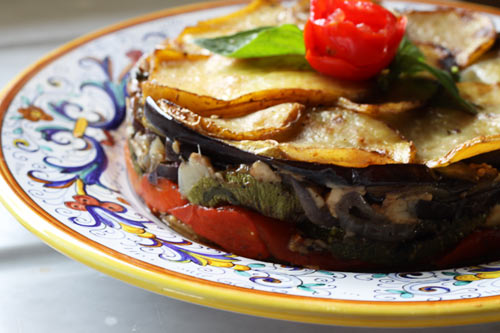 A Tiella is a layered vegetable dish often containing tomatoes, potatoes, and zucchini that is popular in southern Italy and baked in an earthenware dish. Having visited many different regions in Italy, I know that each region has their own favorite version of Tiella. In Puglia it often contains either mussels or cozze, while some other regions encase their Tiella in pastry. I make a type of Tiella that is a little different, and that varies each time I make it depending on what vegetables are seasonally available. This is going to be a sort of “Nonna Lina” type of recipe (My Mother-In-Law), where the ingredients may seem a little vague but I think you should experiment with your own vegetable combinations and create a dish that best suits your taste.

In the Tiella pictured, I used potatoes, zucchini, eggplant, tomatoes, onions, and red peppers. You can also add mushroom slices, sauteed greens, and sliced winter squash to name just a few more options. For my version, I actually precook the vegetables before I assemble the dish as I feel the flavor is enhanced this way, and it cuts downs on the actual baking time as well. This dish is best served at room temperature or just slightly warm, and in fact tastes great if prepared earlier in the day which allows the flavors to meld. In my Tiella I always use potato slices on both the top and bottom to serve as anchors since potatoes are fairly sturdy and I like to remove my Tiella from the pan to serve. Many versions layer the vegetables with tomato sauce between but I prefer simply brushing each layer with seasoned oil and fresh herbs. I also sprinkle on a little grated Parmesan or Pecorino cheese between each layer which helps to hold everything together as well. I find that using a spring-form pan with a removable bottom works great to make this dish as you can easily move the Tiella to a platter for serving. The following recipe lists the ingredients I used as well as the technique I used to create the Tiella shown. Feel free though to make changes and create your own individual version. To serve the Tiella, I usually place it on a platter and garnish it with a tomato rose and some fresh basil leaves as shown in the photos. 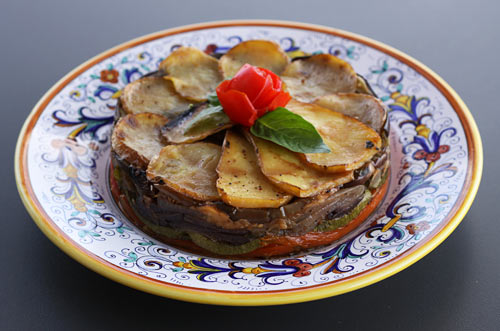 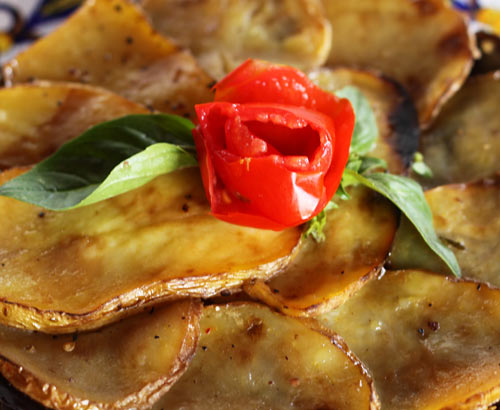 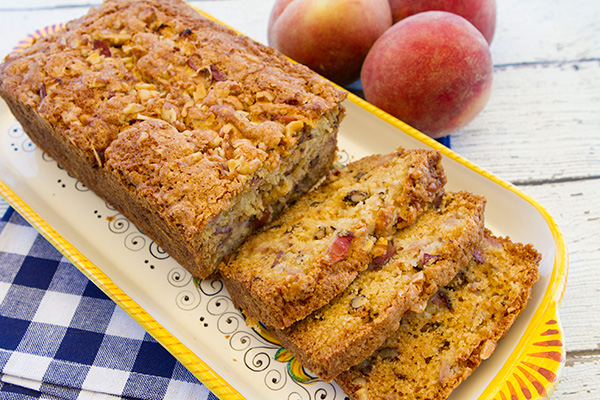 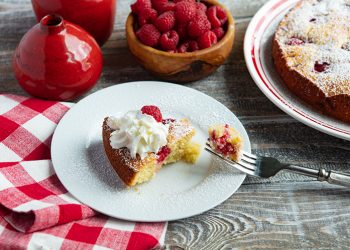 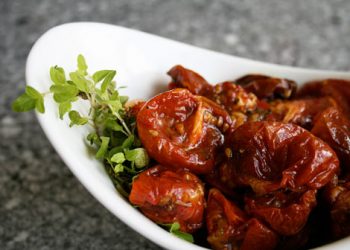 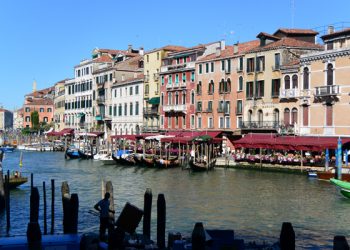