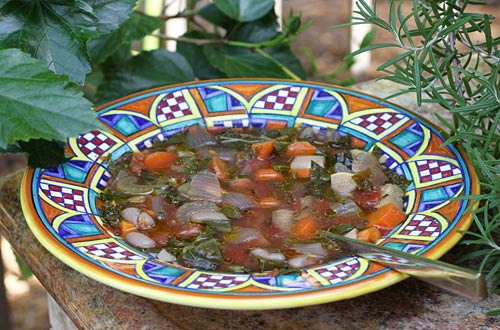 I love this soup that I call my Farmer’s Market Soup, but it is so healthy for you that it could almost be called a multivitamin in a bowl. This is a great soup I make when I want to nourish myself after the holidays when we all tend to overindulge a bit, after I’ve been ill, or simply when my body is craving something really healthy. There really isn’t a specific recipe to this soup as it is as simple as making a visit to your local market and buying as many colorful, fresh vegetables as you can. The soup works best when you mix up different types of vegetables, and think about mixing colors as well. Once I get home from buying my vegetables, I wash and chop them, and then simply throw them into my big soup pot. You can cover the vegetables with water or vegetable broth, and simply simmer until all of the vegetables are tender.

During the last half an hour or so of cooking, I season with salt, pepper, dried Italian seasonings, and chopped fresh herbs. I divide my soup into meals, freezing some, but leave a big pot in my refrigerator and I’ll enjoy a bowl of the soup over the next few days for lunch. Apart from the vegetables, I do add white beans to my soup, but prefer to keep it vegetarian so I stay away from any type of meat. I have added such grains as barley or farro to my soup as well, but I usually make it simply with vegetables and beans.

To serve this soup I usually just drizzle it with some of our extra virgin olive oil from Umbria that we brought back with us since it has no other added fat. A good sprinkling of grated cheese such as Parmesan or Pecorino is another delicious topping, and I always love a spoonful of pesto in any of my vegetable soups. I will list the ingredients I used in my most recent batch of soup that is shown in the photos so you have an idea of what vegetables work well together, but feel free to throw in any of your favorite vegetables. 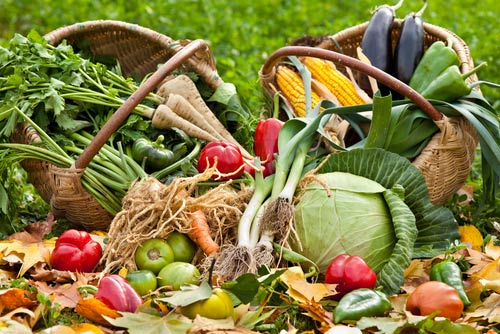 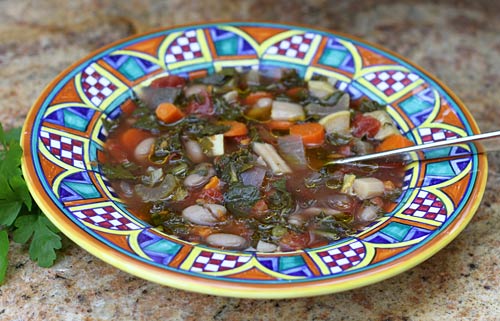 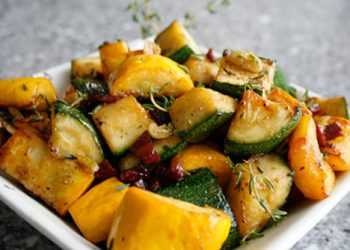 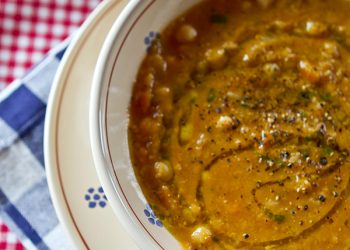 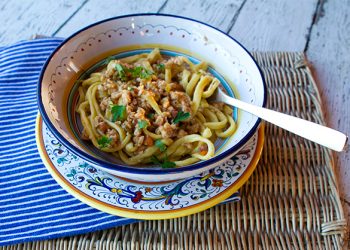