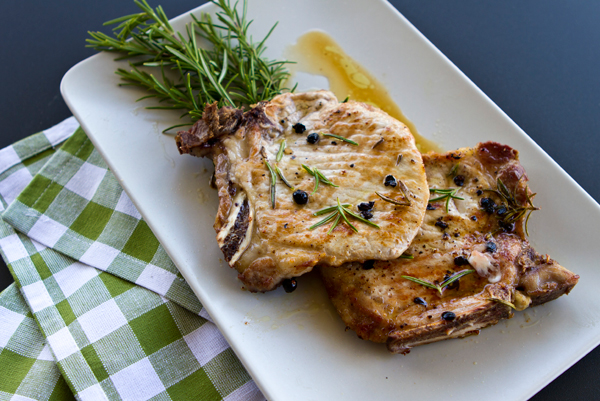 Umbria is a landlocked region, so meat is much more commonly consumed than fish, and pork is definitely enjoyed more often than other meats. Whether it is a succulent roast of pork flavored with rosemary and garlic, juicy sausages cooked on the grill, or pork shanks, also called stinco di maiale, slow roasted so long the meat just about falls off the bone, we tend to eat a lot of pork when we are here in Umbria. Pork chops are also very popular and are sold bone in, cut just about 1/2 inch thick.

When preparing thinly cut chops like these, I’ve found it is best to either cook them quickly over fairly high heat, or slowly with some type of liquid or sauce. I like to fry the chops in my cast iron grill pan, but any heavy bottomed pan will work well. When it comes to seasoning pork, I’ve come to love the combination of juniper and rosemary which works really well on these thin chops. Juniper berries are a spice used in a wide variety of culinary dishes and best known for the primary flavoring in gin, as well as a popular flavoring choice for quail, pheasant, veal, rabbit, venison and other meat dishes. 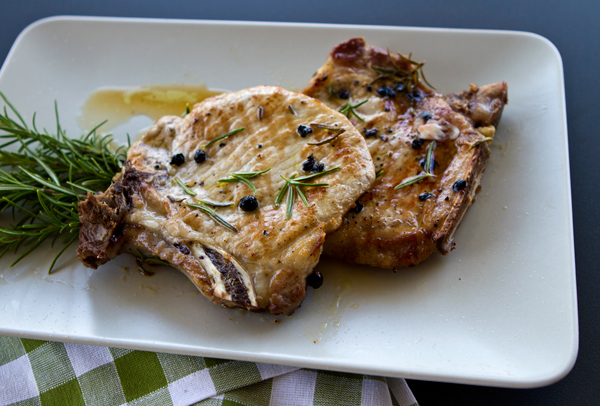 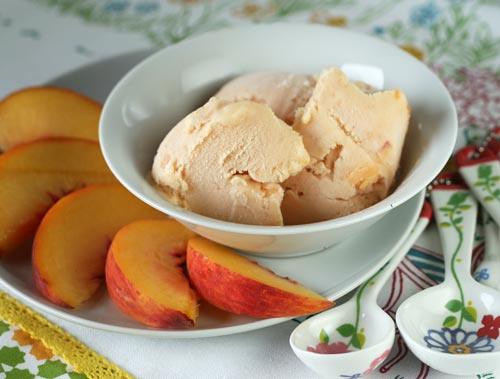 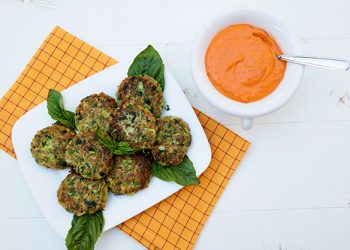 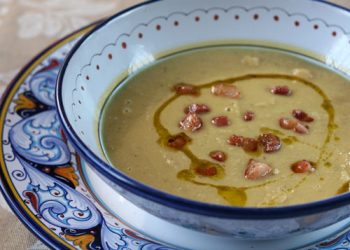