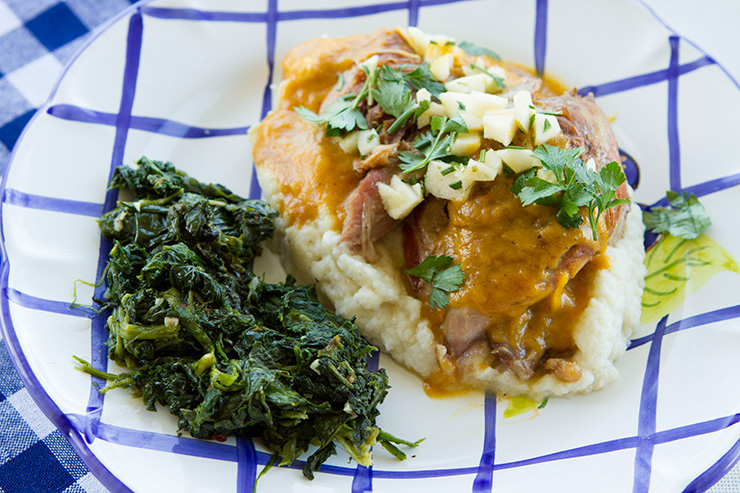 Pork is the meat of choice here in Umbria, and one item that is often on casual restaurant menus in our area is stinco di maiale. This is simply a pork shank that has been slowly roasted until the meat becomes so tender it falls off the bone. Stinco is a very inexpensive cut of meat here, so when I see it I often pick it up. There are many ways to prepare this cut of meat, but I prefer slowly braising it with vegetables and some type of liquid as I do in this recipe. The day I decided to prepare stinco for dinner was the day before we headed up to the mountains in northern Italy. This is a very typical type of dish served there as the area’s cuisine is highly influenced by its proximity to Germany and Switzerland. In honor of our upcoming trip I decided to use beer as my braising liquid.

The sauce used to dress the finished meat is a simple one as I simply used my hand blender to blend together the vegetables and cooking liquids. After that, you just need to taste it and adjust the seasonings and you have a tasty sauce. I prefer to serve the stinco by pulling the meat off the bone. In this version I made a pillow of pureed cauliflower for underneath, but mashed potatoes or polenta work well also. I simply placed some of the meat on the cauliflower, then drizzled some of the sauce on top. I served my stinco with a side of sautéed greens, but you can choose any vegetable side you prefer. To comlete my dish, I topped the meat with a fresh tasting apple gremolata- apples, parsley, and lemon zest chopped together. I use my Le Creuset cast iron roaster for this dish which works perfectly for dishes that go from stove top to oven. 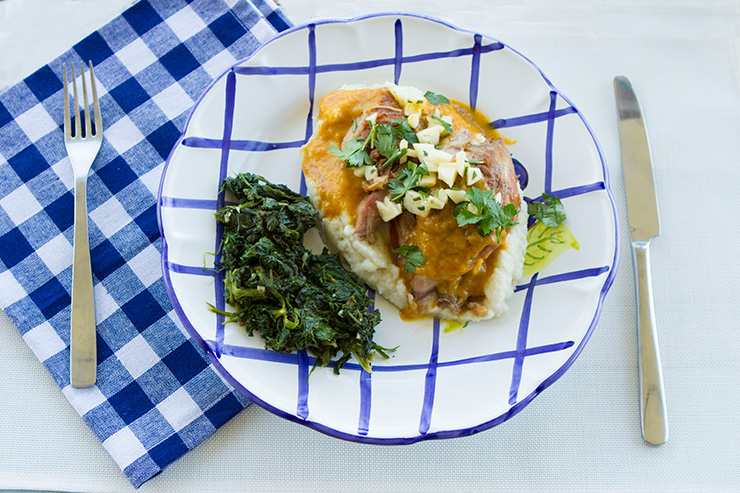 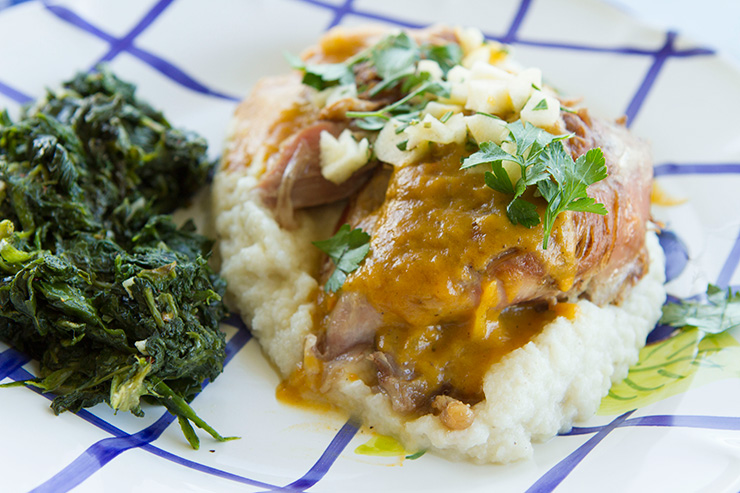 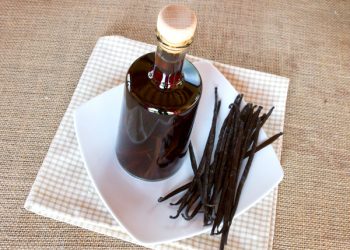 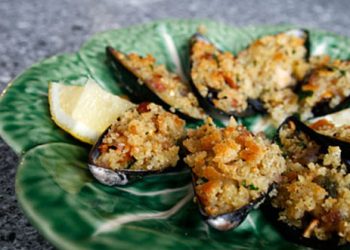 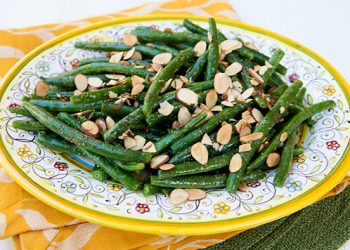 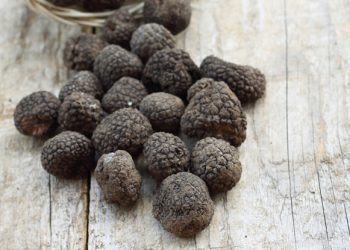