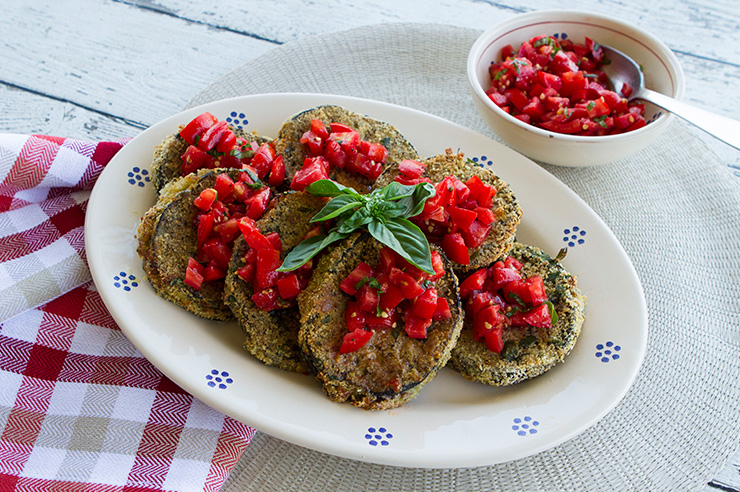 Our garden was very bountiful this year, and although almost every other plant else has finished for the season, we are still picking eggplants. Whatever is in our soil here in Umbria apparently works well for eggplants as it is one plant that we can count on year to year. I love using eggplant in my kitchen, and luckily both my husband and I love it and never tire of it. In last month’s La Cucina Italiana magazine, there was a photo on the cover for eggplant sandwiches that caught my attention.

Recently, I picked four nice sized eggplant and a handful of small zucchini and then sandwiched grated zucchini mixed with cheese between two slices of eggplant. The eggplant sandwiches were then dipped in an egg wash and seasoned breadcrumbs and baked until golden brown. Although you could serve this dish with a spicy tomato sauce, I chose to use up fresh tomatoes from my garden instead, making a garlicky tomato relish. These sandwiches are great served warm or at room temperature, and could be either an appetizer or a vegetable side dish. 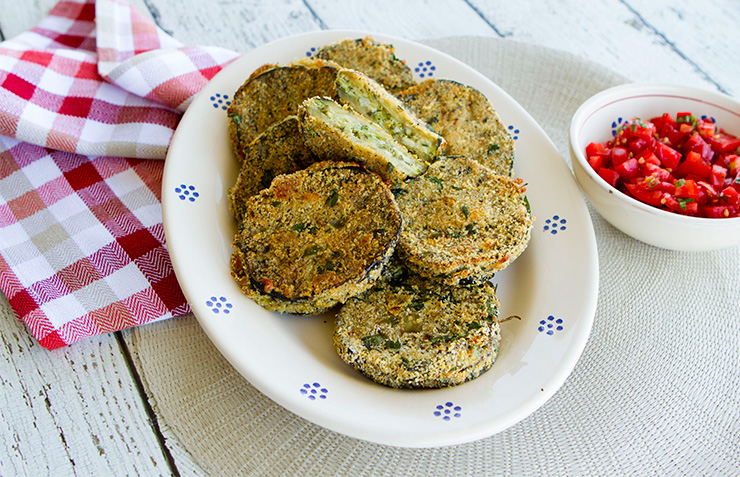 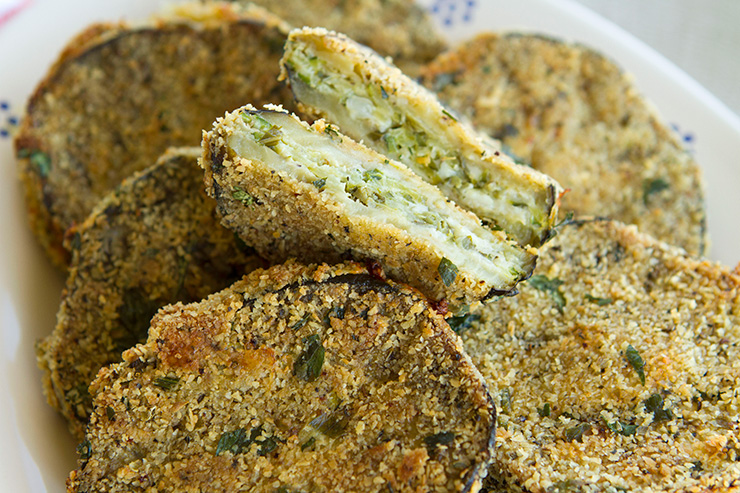 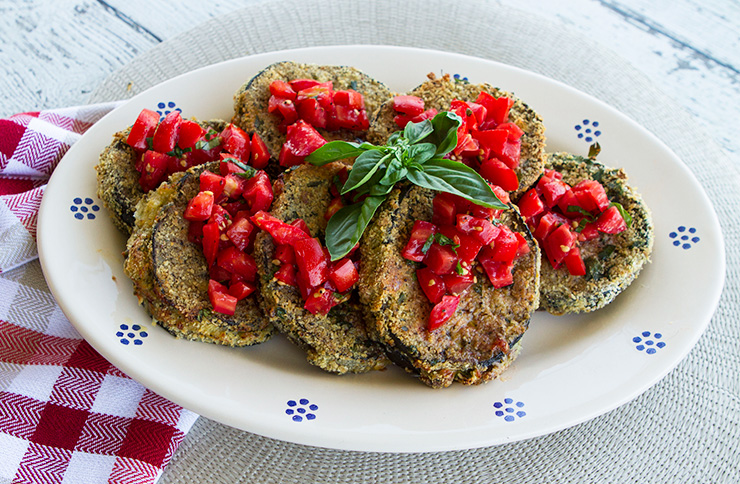 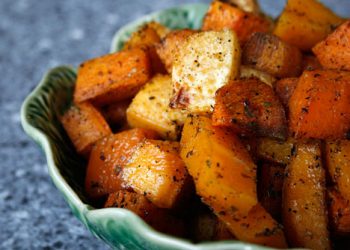 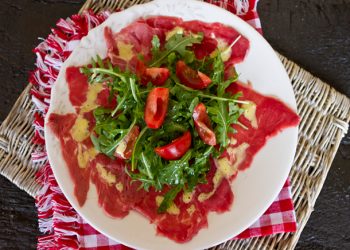 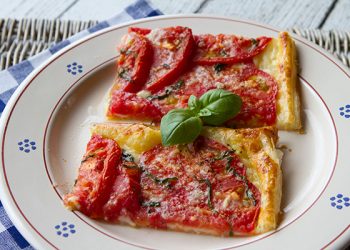 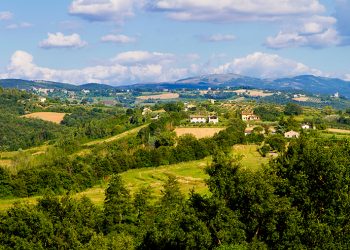