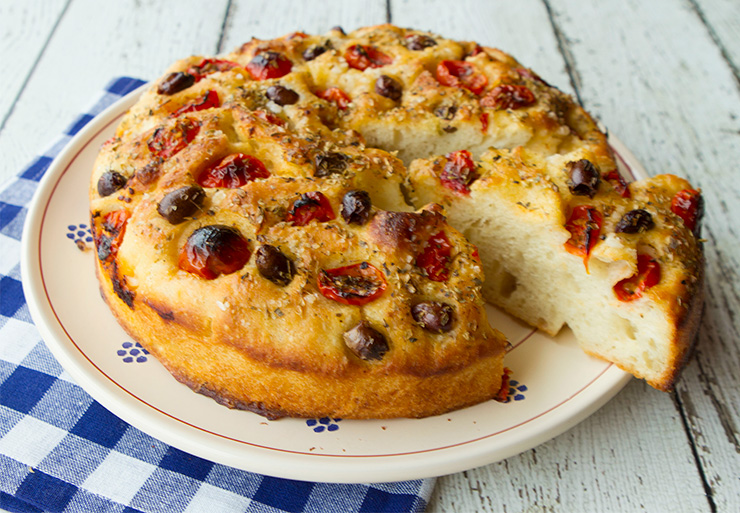 One of my favorite things about Italian cuisine is that is so regional. When traveling from one region to the next across the country, you’ll find that the cuisine changes dramatically, depending on the region’s location, climate, and the people within. Although I chose to make Umbria our home, I’ve always had a love for Puglia, and over the years, and we try to visit Puglia as often as we can. As well as being a beautiful region, the cuisine of Puglia is particularly unique and like Umbria ii is born from cucina povera. Potatoes are an important ingredient used in Puglia and can be found in soups, pasta dishes, and even bread. Focaccia made with mashed potatoes has a very tender texture, and a subtle taste that is delicious. In Bari, the focaccia is often made with mashed potatoes, and then is topped with ripe tomatoes, oregano, olive oil, and sometimes olives.

This focaccia is great served with soup, can be enjoyed throughout the day as a snack, and is wonderful cut into wedges and packed for a picnic. Here in Umbria I did not have a large round baking pan, so I just used my 12-inch springform pan so my focaccia is a little smaller and thicker than I had wanted but it still tasted great. I also used the tomatoes I had on hand, and I just happened to have a big bowl of cherry tomatoes that I had picked from the garden that morning that were very ripe, so I used those. Any fresh, ripe tomato will work just fine for this focaccia, and if tomatoes are not in season, you can even use a can of tomatoes drained to remove most of the liquid. Just break up the canned tomatoes with your fingers before adding on top of the focaccia.

Olives are sometimes used on this focaccia, and loving olives as much as I do, I decided to include them. I keep a few jars of taggiasca olives onhand at all times, so I used those. Kalamata or any flavorful olive will work just fine. Some recipes for this focaccia include semolina flour along with white flour, but I decided to use regular flour instead. This focaccia keeps well for a couple of days if wrapped because of the addition of the potatoes, and it also freezes well if you wanted to freeze half to enjoy later. 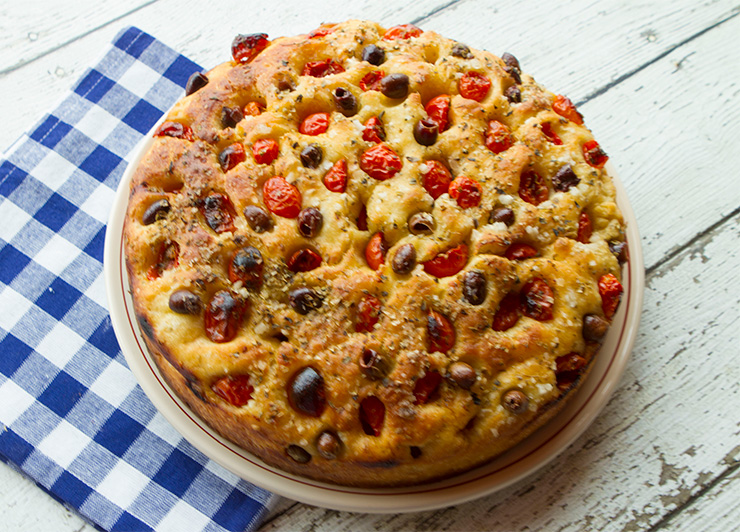 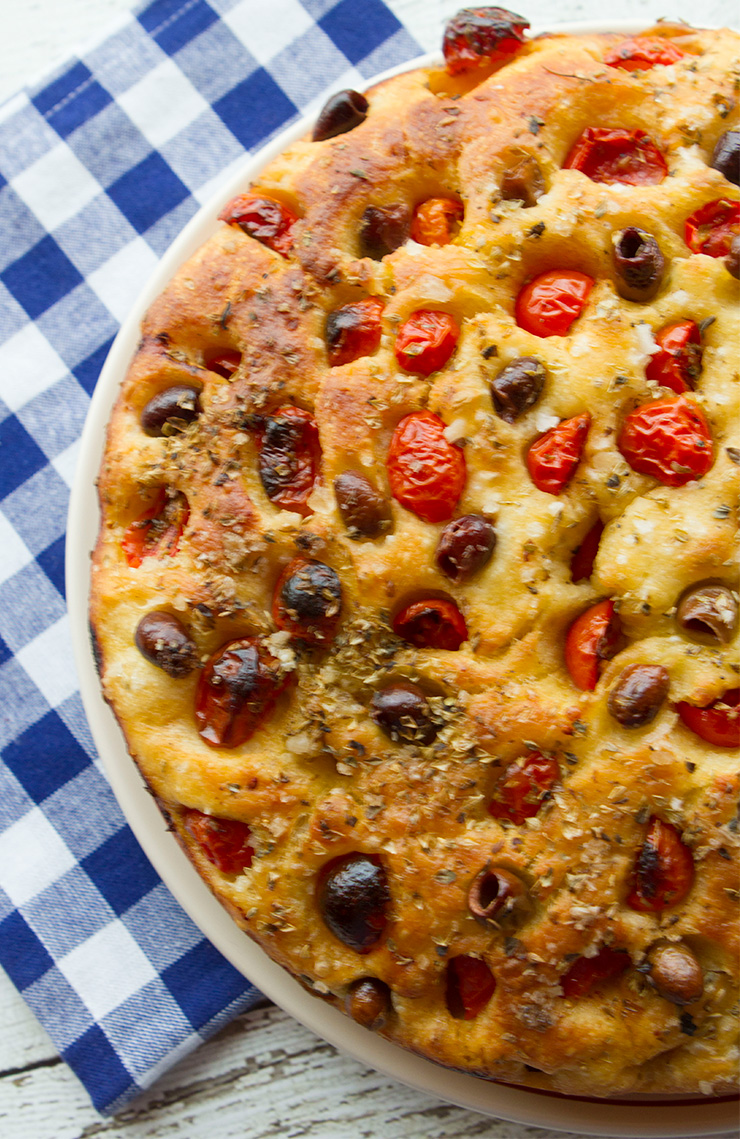 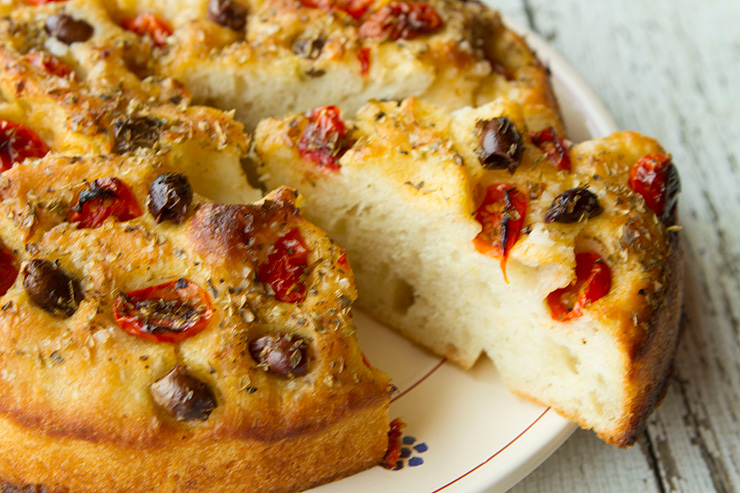 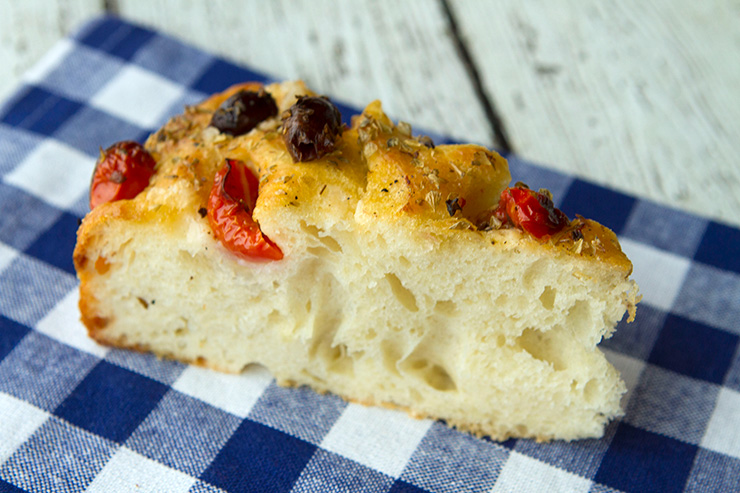 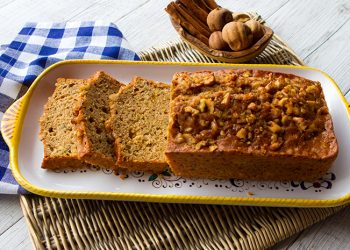 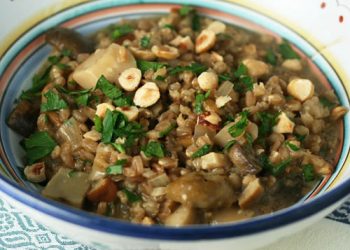 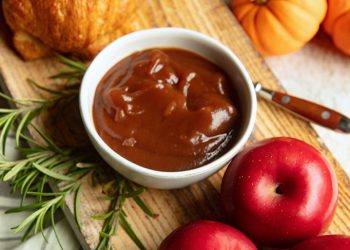 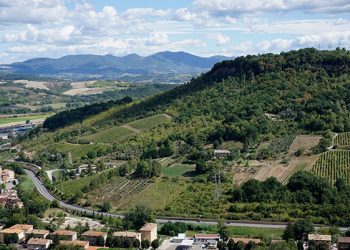