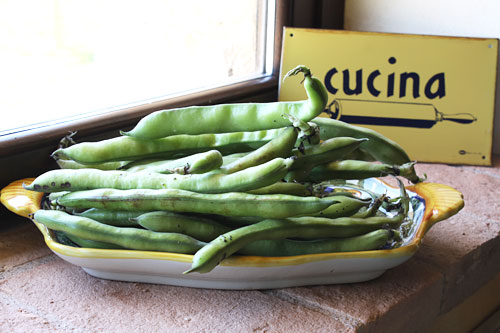 Springtime in Italy is a glorious time to visit local street markets that are simply overflowing with baskets full of baby artichokes, sweet tender peas, ripe red strawberries and of course fava beans, otherwise known as broad beans. Fava beans grow well throughout Italy, are very popular both fresh and dried, and most importantly, are extremely nutritious. In Italy, broad beans are traditionally sown on November 2, All Souls Day. Small cakes made in the shape of broad beans known as fave dei morti or “beans of the dead”, are made to celebrate this day. According to Italian history, Sicily once experienced a complete loss of all their crops except for fava beans, and these beans were then given the credit of keeping the Sicilians from starving. Because of this, thanks were given to Saint Joseph, and now broad beans have become a traditional decoration on Saint Joseph’s Day altars in many Italian communities.

Italians traditionally consider fava beans as good luck symbols, leading them to carry a fava bean or two on their person for luck. In Rome, on the first of May, every year Roman families traditionally eat fresh fava beans with Pecorino Romano cheese during a daily excursion to the countryside. I have grown to love fava beans over the years, and each spring I excitedly watch for their appearance in my local grocery stores or farmer’s markets. This year, I am lucky to be in Italy during the spring where fresh fava beans can be found everywhere. Fava beans are a little time consuming to prepare as you must first remove them from their pods, cook them, and then remove them from their skins. Because their growing season is mainly just during the spring, I prepare them often during these months adding them to soups, to pasta or rice dishes, or simply serving them as a side dish. Fava beans with pecorino cheese is a delicious, light appetizer to serve during the warmer months, but one of my hands down favorite ways to serve these beans is to puree them and spread the delicious paste on bruschetta.

Over the years, I have learned to extend the short season when fresh fava are found so I can enjoy them throughout the summer by creating a fava purée or cream that I freeze and use when needed. This cream is delicious spread on crostini either by itself or on top of ricotta cheese, stirred into risotto, or as a garnish on summer vegetable soups. You can also use the purée as a delicate sauce under seafood, and when frozen will last up to 6 months.

Bring a pot of water to a boil over high heat. Do not salt the water which can toughen the beans. Cook the beans for 3 to 5 minutes or until just tender. Drain and cool.

To remove the skins, you can either cut a small slit with a sharp knife along the side and gently squeeze, or simply pinch a bit of the skin between your fingernails and pull. You should end up with approximately 2 pounds of the actual meat of the fava bean.

In a food processor, place the beans, garlic, olive oil, lemon juice, salt and pepper and process slowly adding just enough chicken broth until you get the right consistency. I prefer my purée a bit thick as you can always loosen it later with a little oil or broth if needed. Taste, and adjust seasonings as needed.

Place your purée into airtight containers with lids. I generally use 1/2 to 1 sized cup containers. Freeze for up to 6 months, defrosting the puree as needed. The purée will also keep well in the refrigerator for up to 5 days. 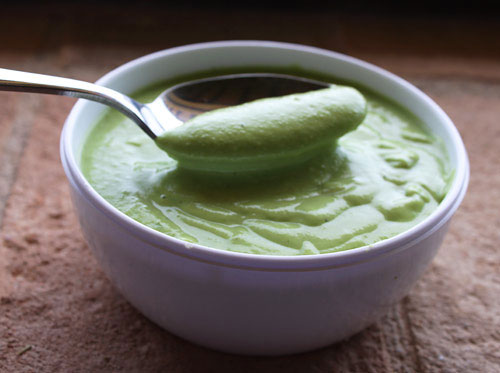 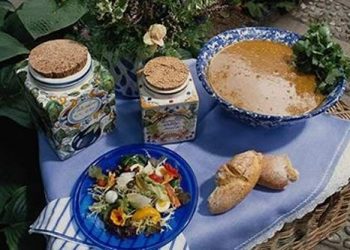 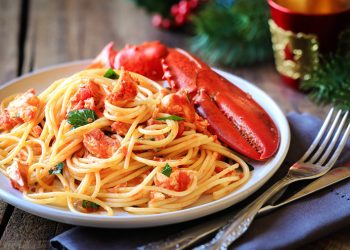 Feast Of The Seven Fishes 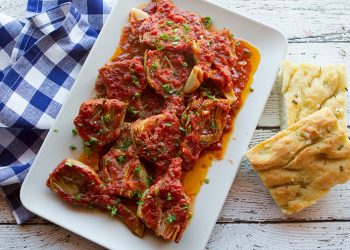 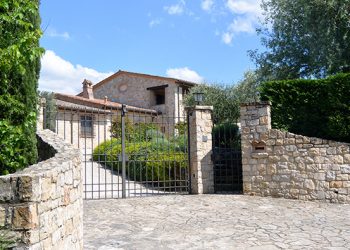