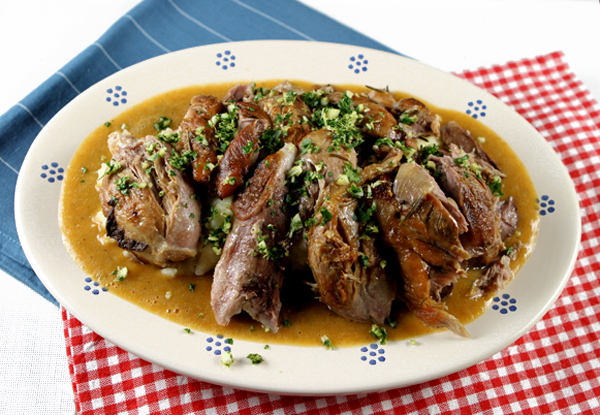 In Umbria, pork is almost always the meat of choice, and pork shanks, or stinco, are found on many restaurant menus during the cooler moths of the year. Pork shanks are cooked slow and long until the meat is so tender it literally falls off the bone. This inexpensive cut of meat is easily found in Umbria although is not as typical here in North America. I have to go to a specialty butcher store to find pork shanks here in the US, although they can be found. This hearty cut of meat is full of flavor and it works well served with mashed potatoes or polenta. I like to sprinkle some gremolata on top of this meat to add a touch of freshness. Gremolata is simply a blend of chopped garlic, parsley and lemon zest that works really well on fattier cuts of braised meats. In this recipe, the pork is cooked in white wine with vegetables, and I pureed this mixture once the pork was cooked to make a tasty sauce.

In Umbria, stinco is usually served on the bone, one per person, although I find it to be too much meat. I prefer to cut the meat off the bone in chunks and serve it on top of polenta or mashed potatoes alongside the sauce. I like to cook cuts of meat such as this in my Le Creuset Dutch oven, although any heavy bottom pot will work fine. 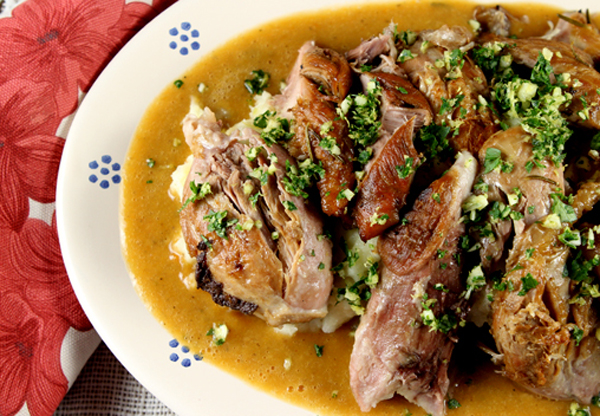 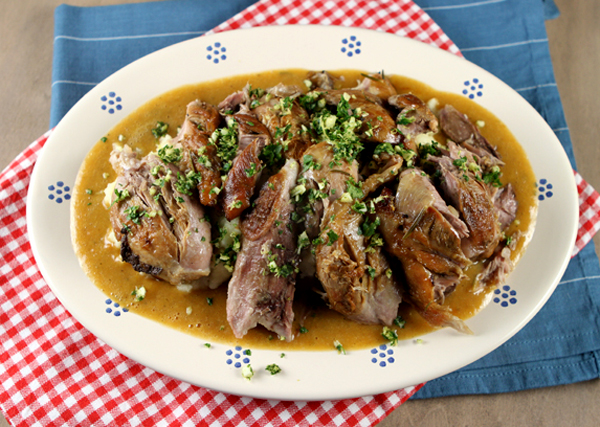 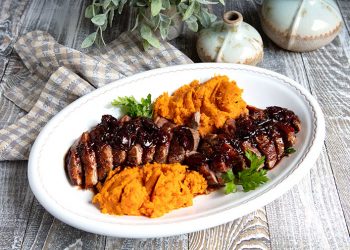 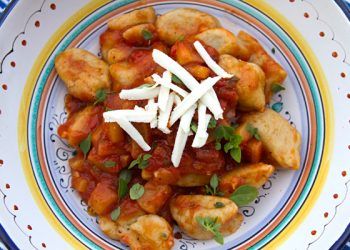 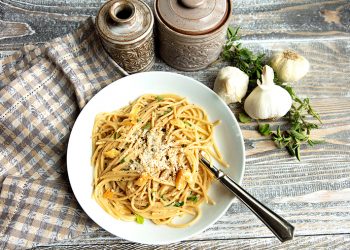