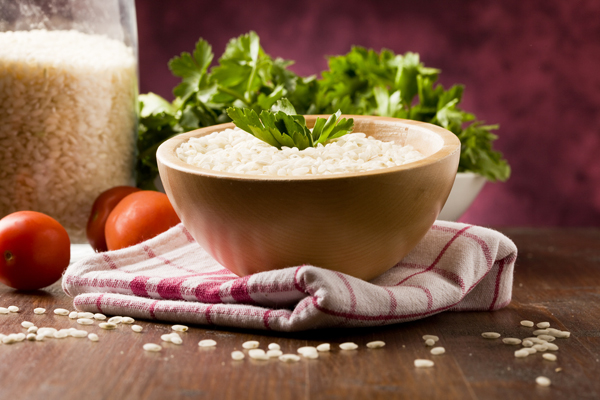 I am not ashamed to admit that I am a risotto snob, and never order risotto when we are dining out because it rarely meets up to my high expectations. A really good risotto should be really creamy but the individual grains should still have just a little bite in them. You do not want a hard rice center, but instead the grains should be just “al dente”. I lived in Milan for over 8 years which is the home of the risotto, and after tasting some of the best risotto dishes in the world, I know what a good risotto should look and taste like. Since making risotto at home using the traditional method requires at least 25 minutes of constant stirring and carefully watching over the rice as it cooks, I generally rarely ever make it when we are entertaining because I do not want to be tied to my stove when we have guests.

For those who are not familiar with making risotto, this is my description of the traditional method of preparing risotto from my own article The Realities of Risotto.

“Almost every risotto begins with sautéing some chopped onion in butter, or a mixture of butter and oil which lays the flavor base on which the rest of the recipe is built on. Once the onion is tender, the rice is added and stirred until well coated with the oil. Sometimes a splash of wine is used next, and once it has been absorbed, small amounts of hot broth are added. During this period of adding liquid to the rice, it must be stirred constantly, and cooked gently over a low boil. The final flavorings are often added in the last few minutes of the cooking process, and once the rice has completed cooking, it is removed from the heat, and a little butter, and sometimes grated parmesan are added.”

When I first heard about this “almost no stir” method for cooking risotto, I was very reluctant to try it because everyone knows that to make a really good risotto you need to carefully tend risotto and stir it constantly, right? I kept reading a few different articles online supporting this easier method for preparing risotto though, and although I wasn’t expecting much, I finally decided to give it a try. If there was ever a time I was happy to be proven wrong, it was making risotto using this method. Honestly, the first time we made it it was so good I thought it must have been a fluke, and decided not to share the method here on the blog until I tried it a few more times just to ensure it really was as easy and effective as it seemed. Well, I am now a convert to using this method for making my risotto and plan to use it from now on. If I, an acknowledged risotto snob can be convinced, I think anyone who makes risotto this way will be pleased.

The trick to perfecting risotto cooked in the “almost no stir” method is to use a very heavy bottomed pan. A cast iron Dutch oven works well, or I have a cast iron round bottomed pan made for risotto that my daughter gave to me a few years back and I found that either of these pans work well for this method.

Basically, this preparation has you follow the usual steps to making risotto until after the wine has been absorbed, and then you add most of the hot broth at once, turn the heat down to medium low and cook the rice only stirring it twice for about 16 to 18 minutes until almost cooked. You then add the remaining broth and stir it constantly for a few minutes until it is creamy. The risotto is then finished with butter and cheese before serving. The recipe below is for a simple Risotto Parmesan, but feel free to add any flavorings you prefer. 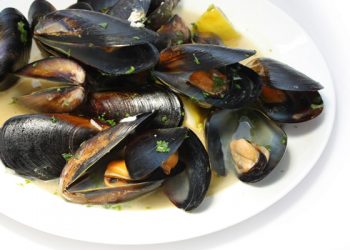 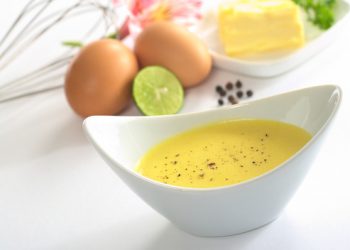 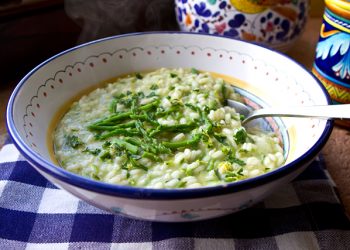 6 comments on “How To Make Almost No Stir Risotto” 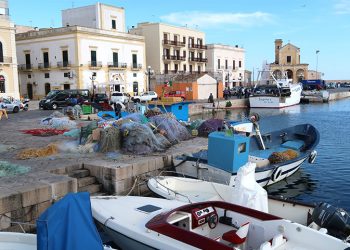 Our Epic Adventure In Puglia ~ Days Four to Six