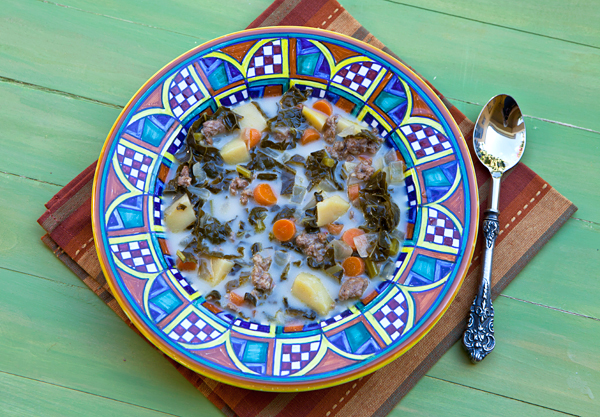 Although this is a soup I have never seen served in Italy (with added cream), this is one of those recipes that I used to get email requests for constantly as it is a regular  (and obviously very popular) item on an Italian American chain restaurant menu here in the US. I hesitated adding this soup to my blog in the past, but finally gave in and created my own version at home since folks were so interested in it (and I was getting tired of all the requests for it!). When I completed my blog redesign last year, I did not have a recent photo of this soup so I left it out of my soup categories  thinking no one would miss it. I am however once again getting email requests for it so here it is again, a little revised to make it healthier, but very similar to my original Zuppa Toscana in flavor.

The original soup had sliced pork sausages in it and I always found the slices a little large for my liking so I replaced the slices with crumbled Italian turkey sausage meat which makes the soup easier to eat and just a little lower in fat. I also replaced the cream with fat free half and half, and added sliced baby carrots in this new version as well. The potatoes and sliced kale which are signature ingredients are still included and I think that although my version may be different that the one found on the restaurant menu, it is equally delicious and best of all lower in fat.

You can prepare this soup in a stock pot on the stove, or even in a slow cooker if you prefer. I’ve made it both ways and both methods work just fine. When I used my slow cooker, I simply browned the turkey sausage first in a frying pan on the stove, then added it to the rest of the ingredients in the slow cooker. My husband prefers this soup without the added cream (or half & half), so I leave it out for him. 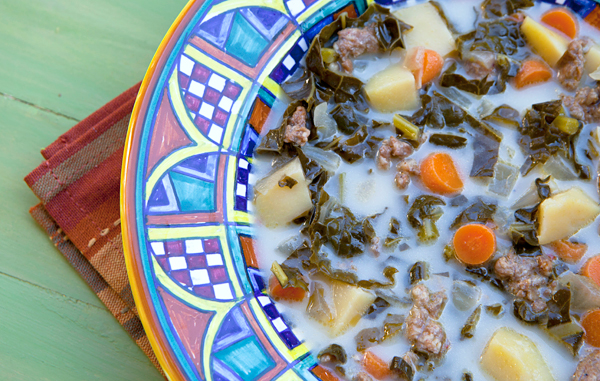 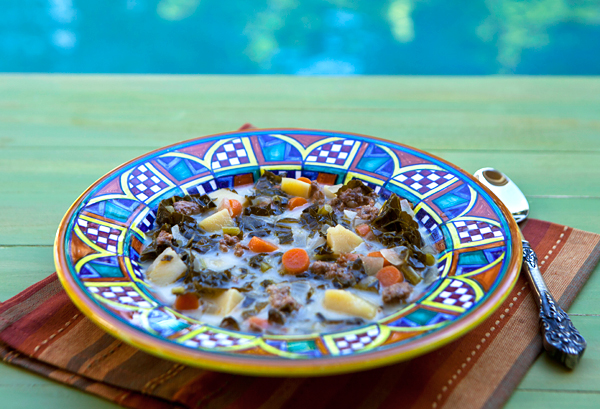 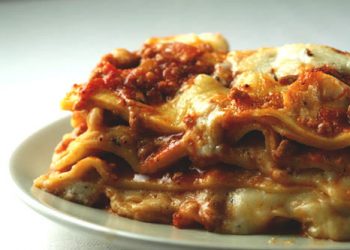 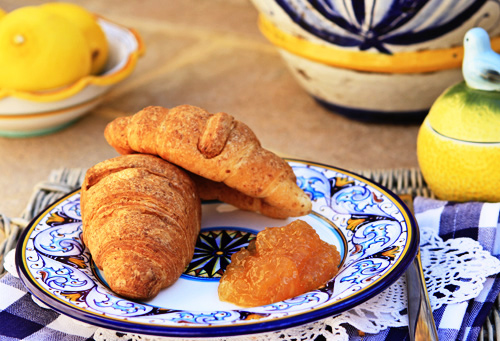 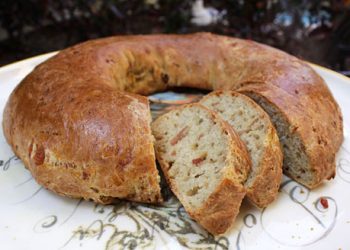 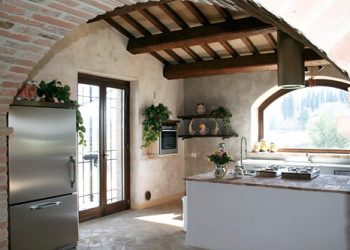 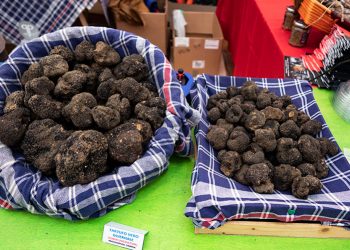