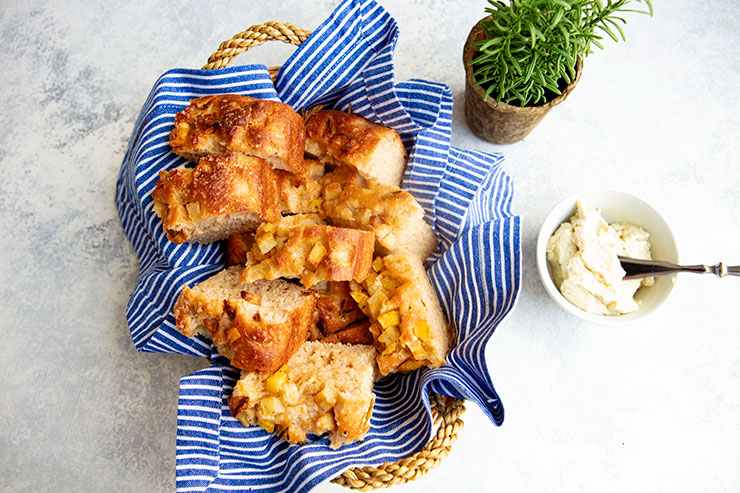 Winter has certainly arrived! The temperatures are heading into the single digits the day I am writing up this recipe, and will drop below zero tomorrow. Apparently, a polar wave is coming through the Midwest bringing life-threatening cold temperatures. Sounds lovely, doesn’t it? After getting six to eight inches of snow yesterday, freezing temperatures are not something I look forward to. My biggest concern is for my chickens, and I plan to lock them in their coop later today as the temperatures drop. Everyone tells me that the chickens will be fine, but never having chickens in this kind of weather, I can’t help but worry about them.

We have slowly been exploring the restaurant scene in Detroit as it seems every other month a new, exciting restaurant is opening downtown where there is a revitalization going on. I have been to SheWolf  twice so far, and we are trying out San Morello which just opened up in the new Shinola Hotel later this week for my Birthday. We really enjoyed SheWolf’s menu and found the pasta dishes in particular very authentic. Best of all for me, the pasta portions are small, and there are a lot of small plates for sharing. I enjoy trying out a lot of different dishes and prefer doing that than ordering one large entree! 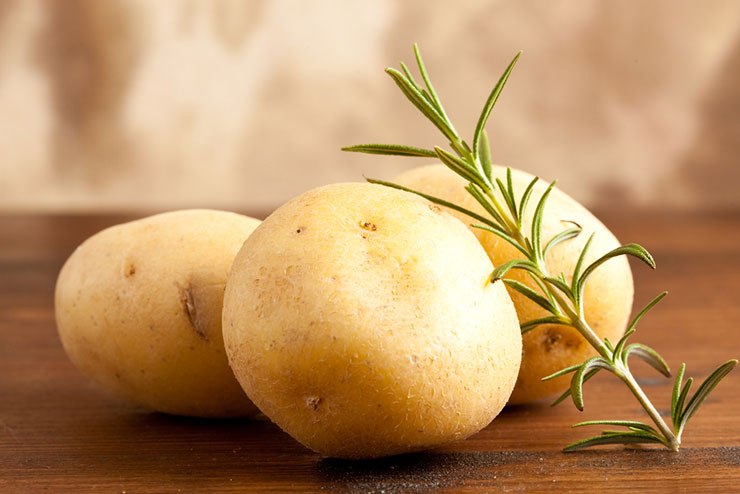 mills their own flour to make the pasta and bread in-house, and use a variety of grains in both. They offer two different types of focaccia, and we really enjoyed the mixed grain potato and rosemary one. I asked our waitress what kind of flour that they use in the focaccia because it was apparently a mixed grain and contained some whole grain flour. The bread maker said that they used the flour leftover from making their pasta, so it changed daily but that it often included spelt and hard wheat flours. The focaccia at SheWolf is not so much a flatbread but is served in thick slices with a warm Gorgonzola Dolce spread. The focaccia is topped with thin slices of tiny potatoes and bits of fresh rosemary, and when you spread the cheese onto slices of the warm bread, it just melts into it. The crust is nice and chewy while the crumb is very tender which is just how I like all of my Italian bread. I knew that I had to try and replicate this bread at home!

It took two attempts to create thick focaccia similar to the one that we enjoyed at SheWolf. For my first attempt, I used a white spelt flour along with a whole grain spelt flour. I used the sliced potatoes on top and made a similar cheese spread. The bread was delicious, but it just didn’t have that chewy crust that I was looking for. As well, I found that the potato slices fell off when I sliced it. For my next attempt, I used a whole grain spelt flour that we milled ourselves along with white bread flour. I also added in some mashed potatoes to keep the interior of the bread tender. I baked my focaccia in a 13 x 10-inch cake pan to get the height I was after, and for this focaccia I used small diced potatoes that I first roasted in the oven for the topping along with fresh rosemary. This version had the chew I was looking for, but the crumb was tender. The potatoes stayed put when I sliced the focaccia, and the family thoroughly enjoyed the warm focaccia served warm slathered with the creamy Gorgonzola topping. 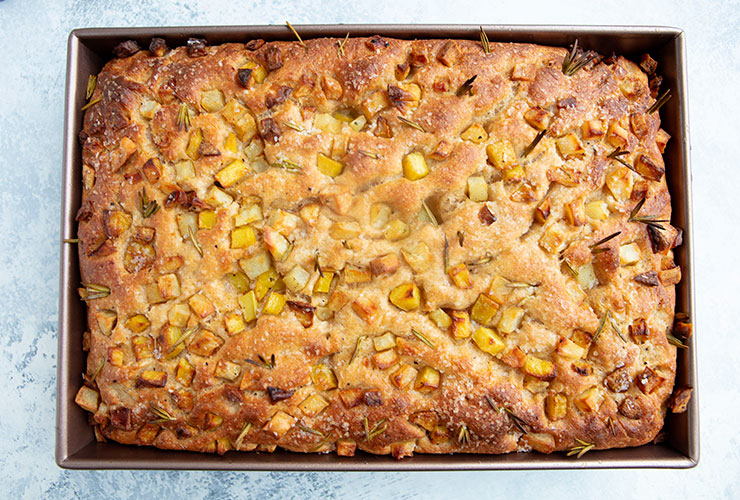 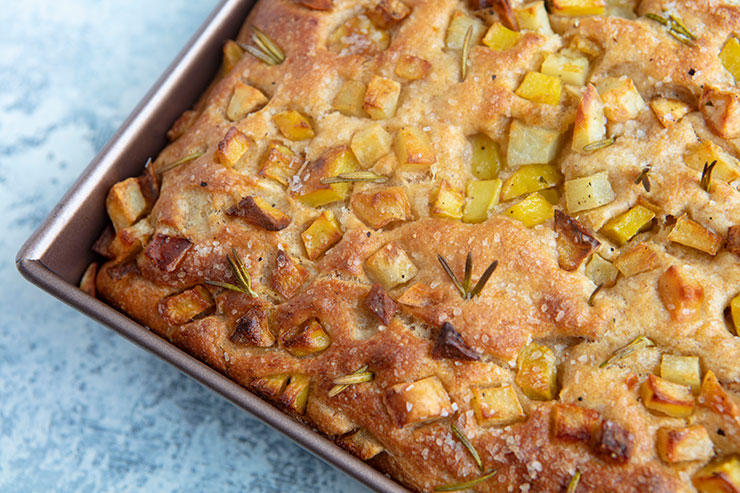 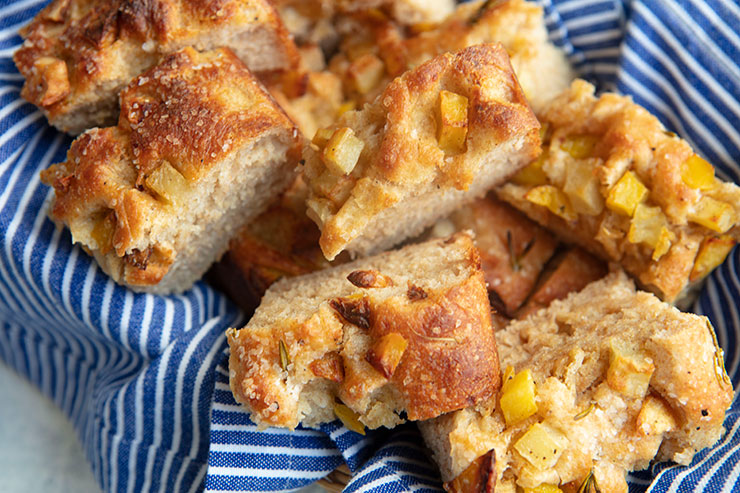 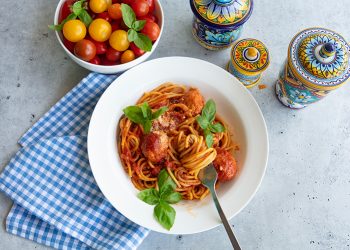 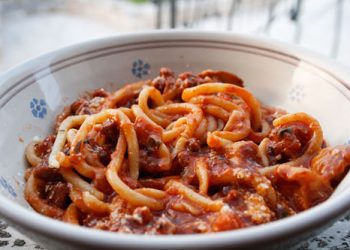 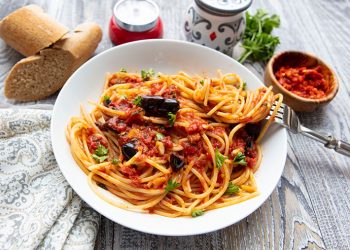 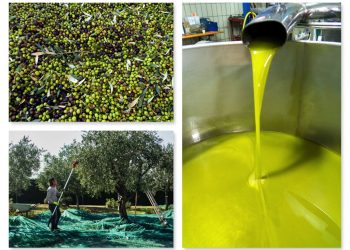 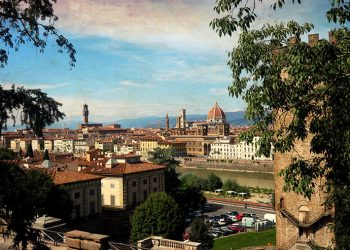