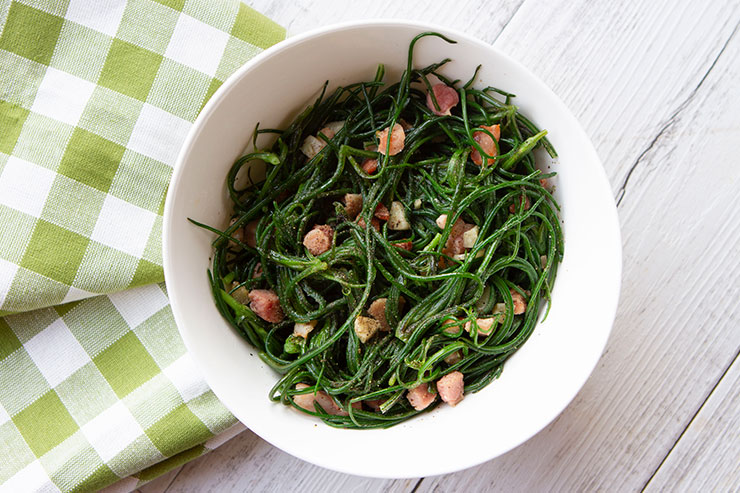 I thoroughly enjoy visiting the outdoor markets here in Umbria in the spring, though I find myself often buying too much of everything, particularly since there are just two of us at home to cook for. The one interesting spring green that I hesitated buying  is called agretti here in Umbria. It’s appearance is similar to a bunch of chives tied together with sandy roots intact. Now I have never heard of agretti before I moved to Umbria, but this vegetable did remind me of a green I used to buy when we lived in Milan called Barba di Frate over 20 years ago, and when asked, the vegetable vendor said that yes indeed they were the same vegetable. So, in my apparent need to buy and cook every vegetable I can get my hands on, I bought two bunches to bring home for dinner.

Agretti, also known as monk’s beard in England, is a marsh grass that prefers to grow near the water in salty conditions. It has a vibrant “green” flavor, and it’s texture holds up well to being sauteed and best of all it is very good for you! Agretti can be eaten raw when very young, but it is most commonly boiled and eaten as a leafy vegetable and it is recommended that you cook it in boiling water until the leaves soften but the greens still retain some crunch to the bite.

According to Wikipedia “The plant has great historical importance as a source of soda ash, which was extracted from the ashes of Salsola soda and other saltwort plants. Soda ash is one of the alkali substances that are crucial in glassmaking and soap making. The famed clarity of 16th century cristallo glass from Murano and Venice depended upon the purity of “Levantine soda ash,” and the nature of this ingredient was kept secret. While the era of farming for soda ash is long past, Salsola soda is still cultivated as a vegetable that enjoys considerable popularity in Italy and with gourmets around the world. Its common names in Italian include Barba di Frate, Agretti, Roscana, and Liscari saliva.”

While we were living in Milan, I occasionally bought Barba di Frate, or agretti in the spring when it was in season and sautéed it with some pancetta as in this recipe which was the only way my kids would eat it at the time. I love the rich green flavor, and now that I have been reintroduced to it, I plan to make it often while it is in season. I found the agretti I bought to be very sandy, so recommend soaking it in cool water for a few minutes after you cut off the roots and before you cook it. 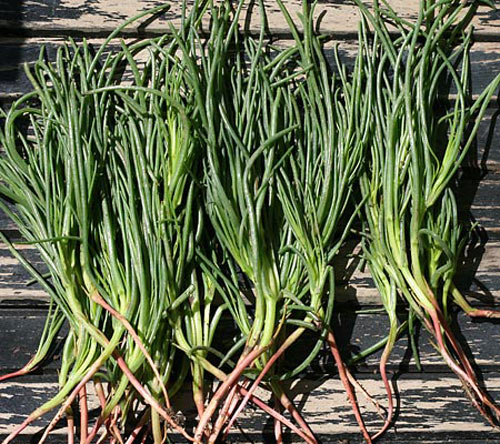 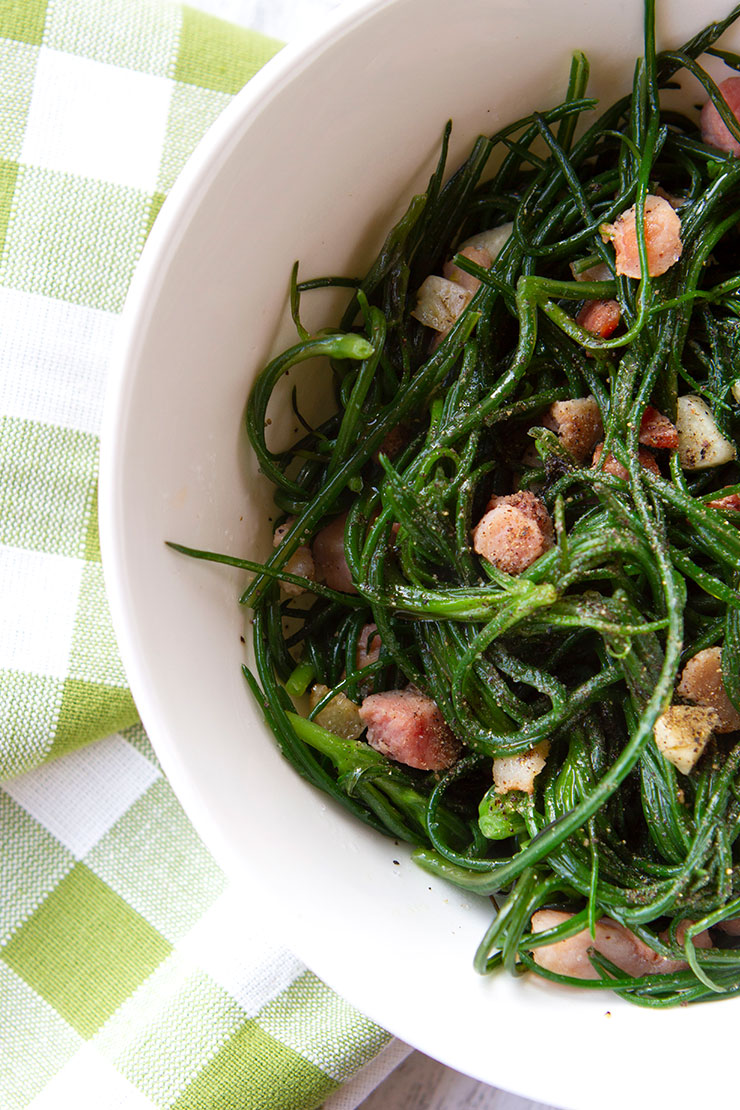 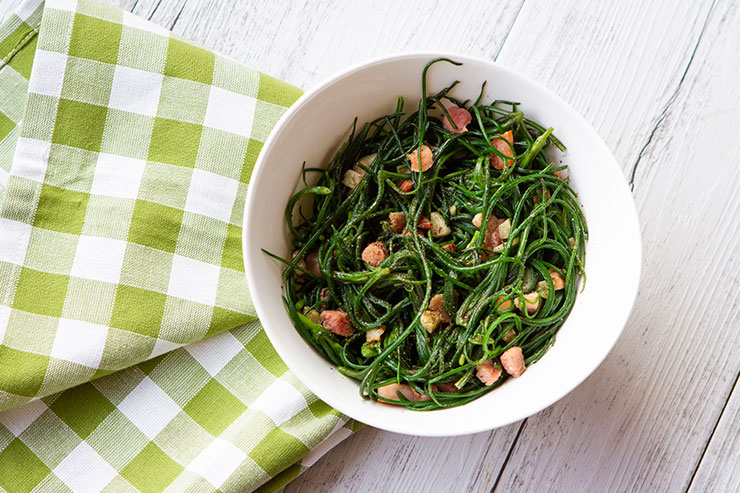 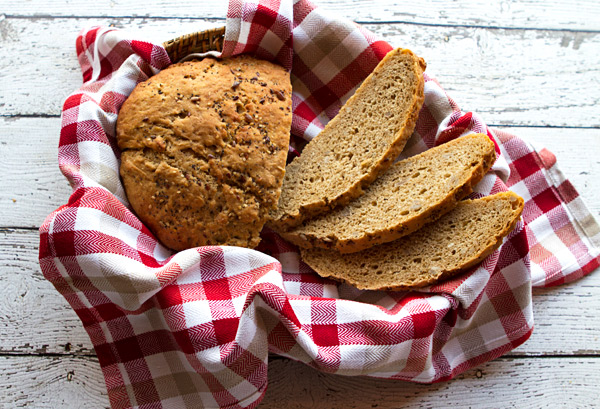 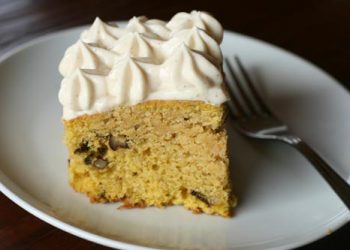